As a student, there is a very high probability that you have written an informative essay before – it is very hard, maybe impossible, to avoid informative essays in school. However, since you cannot avoid it, it is in your best interest to find the best way to write it.

What is an Informative Essay?

An informative essay tackles a single objective and provides further information about it. To write one, you need to get the right facts to bolster your points. An informative essay presents facts rather than personal opinions. Hence, it would be best if you did extensive research when you are writing one.

How to Start an Informative Essay

Since it is an essay, you might as well just get to writing when you have all your points, right? No, that’s wrong. So, before you start writing, you need to create a plan or an outline for the essay. An informative essay outline is crucial to your content’s organization – making it easy for your readers to understand.

If you want to create an informative essay format, here are a few guidelines that will help you.

These five steps briefly portray what an informative essay format should look like. However, before you write, you ought to have an outline.

How to Write an Informative Essay Outline

Even though they are of different types, all essays usually take the same format and have a similar outline. An essay will typically have at least five paragraphs. At least one paragraph for the introduction, three for the body, and one for the conclusion.

You need an outline to provide details about the introduction, body, and conclusion. These details will be your guide to creating a sterling essay. Your informative essay outline should have the following:

Reading essay samples is an easy and legal way to save time and increase the quality of your own writing. Check out this great informative essay sample:

Insomnia is a chronic illness that is indicative of the difficulty to fall asleep, stay asleep, or both, even though, there is an opportunity for sleep. People with insomnia often wake up feeling as they didn’t become refreshed, and this leads to problems throughout the day. Energy levels, mood, mental and physical health, quality of life, and work performance can all be affected by insomnia. Insomnia can affect energy level and mood but also your health, work performance and quality of life.

Symptoms of insomnia include difficulty falling asleep, awakening throughout the night, awakening too early, tiredness or sleepiness throughout the day, irritability, depression and anxiety, difficulty paying attention or focusing on tasks, increased errors or accidents, tension headaches, gastrointestinal distress, and ongoing worries about sleep. Millions of people across the globe suffer the same consequences and symptoms of insomnia, but the reasons for the disease can be varying (Mayo Clinic Staff).

Many causes of insomnia are well known. Some of these causes include stress and anxiety regarding work, school, healthy or any circumstances. An active mind at night makes it difficult to relax the body and mind and can easily lead to an inability to sleep. Depression and other mental health problems can lead to insomnia as well. Medical conditions are common causes of insomnia as well. Some of these include chronic and constant pain, breathing problems, frequent urination. Arthritis, cancer, heart conditions, lung disease, gastroesophageal reflux disease, hyperthyroid, stroke, Parkinson’s and Alzheimer’s diseases can also cause insomnia. Changes in schedules can also disrupt the sleep cycle. Prescription medications, as well as caffeine, nicotine, alcohol and illegal drugs are known to affect insomnia too. But there are other, more surprising conditions, which can lead to insomnia as well (Mayo Clinic Staff).

Fatal familial insomnia (FFI) is an extremely rare disease of the brain which is inherited. It is caused by an inherited mutation of the protein PrPC, but there have been reports of spontaneous mutation. This spontaneous mutation is called fatal insomnia (sFI.) FFI and sFI have no known cure and as insomnia progresses into a worse situation will lead to hallucinations, delirium, confusion, and eventually death. People tend to survive an average of 18 months from the onset of symptoms.

The mutated protein has been found in only 40 families throughout the entire world, and about 100 people are affected. Of these, 5 families are Italian, 2 French, 1 Japanese, 4 American, 2 Australian, 8 German, 1 Austrian, and 2 British. The first man living in the Netherlands with FFI was recently found, and another family was added to the list. This gentleman was actually of Egyptian descent. As of July 2005, only nine cases of sFI were diagnosed (Gambetti).

Offspring get their genes from their parents. In situations where only one parent has the gene that leads to FFI, the children have a 50% risk of inheriting the disease and getting the disease. Any potential FFI patient should be tested in order to attempt to offset the start of symptoms and to prevent spreading the gene to children. Onset of the disease usually begins around middle age; such was the case for the first person found to have FFI, Giacomo (Medori, Tritschler and LeBlanc).

Giacomo was born in 1791 in a small town outside of Venice, Italy. Family members were characterized by physically impressive, broad shoulders and a powerful build. Even with a robust body he became ill in 1836, when he was 45 years old. He suffered from dementia and soon became bed ridden yet always awake until he succumbed to his illness. Before he fell ill, Giacomo had three children. These three had six children of their own. The Giacomo family grew and flourished. They would become prominent Italian doctors and businessmen. One of his descendants even owned 130 apartments in Venice. Even though the family was affluence, many relatives died young. Analysis of Parish records and death certificates noted deaths due to epilepsy and fever, nervous gastric fever, meningitis, presenile dementia, Economo’s disease, leukoencephalitis, ictus, alcoholic encephalopathy. While all of these different types of death are listed, the actual cause of death was fatal familial insomnia (Max).

FFI was first described in 1986. Researchers found that symptoms typically begin when the patient is in their early 50s. Suddenly, with no warning, the patient can no longer sleep through the night. Naps are impossible as well. The pupils become tiny, and men become impotent. Blood pressure and pulse increases and the body begins to sweat as all systems go into overdrive. As time passes, the disease progresses, the frustration for sleep becomes more intense. The body will never go into any more than a light stupor which provides no actual rest (Max).

It is at this time when the advancement of the disease affects balance and movement. Speech disappears, and it becomes too difficult to walk but the ability to think remains, basically trapping the patient within their own body. The patient will even become unable to write their thoughts down. Finally, after only about a year and a half, the body will succumb to the exhaustion and enter a coma-like state. Death soon follows (Max).

At least 30 descendants of Giacomo have died from FFI. As of 2001, there were at least 25 more Giacomo family members known to be carrying the gene. Most of these relatives still live in the Veneto region of Italy, and they have become cursed and stereotyped. Max mentions “Villagers speak of it behind the family’s back. Although the women tend to be beautiful and the family cultured and wealthy, finding spouses is difficult. The family cannot get life insurance. ”I tried to get insurance the other day,” said Elisabetta Roiter, Giacomo’s great-great-great-granddaughter, ”and after filling out the form, the woman in the office asked, ‘So, at what stage are you in the family disease?’ ”” (Max)

Regular sleep patterns include different stages in cyclical patterns, each lasting about 90 to 100 minutes long. First is Non-REM sleep stage 1 and 2 which correlate to light sleep. This is followed by Non-REM stages 3 and 4 which is deep slow wave sleep. REM sleep follows. FFI patients are unable to go past stage 1, and, therefore, their brain are not entirely at rest which is necessary to revive and rejuvenate. Reviving and repairing take place during these deeper stages of sleep. During slow wave sleep, the pituitary gland secretes more growth hormone. Because FFI prevents the person from restoring the body which takes place during sleep, the body will break down over time (Max).

In 1983 extensive research was capable by Dr. Roiter when a man named Silvano offered his assistance to the University of Bologna. He allowed doctors to record him and later, analyze his brain after his death. While this research did not create a treatment, it offered extensive understanding of the disease. No cure has been found, and gene therapy has proven unsuccessful. Treating the symptoms does provide some relief but does not delay the inevitable. Sleeping pills and barbiturates are unhealthy and studies even show that they may worsen the course of illness (Mayo Clinic Staff).

All people who suffer from insomnia experience the same symptoms including difficulty falling asleep, staying asleep, or both. These problems exist, even though, there is an opportunity for sleep. People with insomnia experience problems throughout the day as well. Their energy levels, mood, mental and physical health, quality of life, and work performance can be affected by insomnia and a lack of sleep. With insomnia, people usually wake up feeling unrefreshed, which takes a toll on their ability to function during the day. Millions of people across the globe suffer the same consequences and symptoms of insomnia, but the reasons for the disease can be varying. Many reasons for insomnia are well known such as stress, anxiety and chronic pain, but other causes are not as well known. FFI and sFI are two diseases which are caused by a gene which mutates a protein in the brain. This mutated protein leads to a fatal form of insomnia. FFI is a hereditary disease and affects about 40 families and 100 people worldwide. Giacomo, the first person to be described as having FFI died in 1836 at the age of 45. As with all other people with the disease, he was unable to enter the restorative phases of sleep and, therefore, his body was unable to rest and recuperate. Persons with this type of unusual insomnia are utterly incapable of sleep until the mind and body break down, and death results.

If you can follow the guidelines in this text, you will find it very easy to write an informative essay. Abraham Lincoln once mentioned that out of six hours to do a task, the first four will be spent preparing. If you can make your outline, you will spend less time writing your essay. 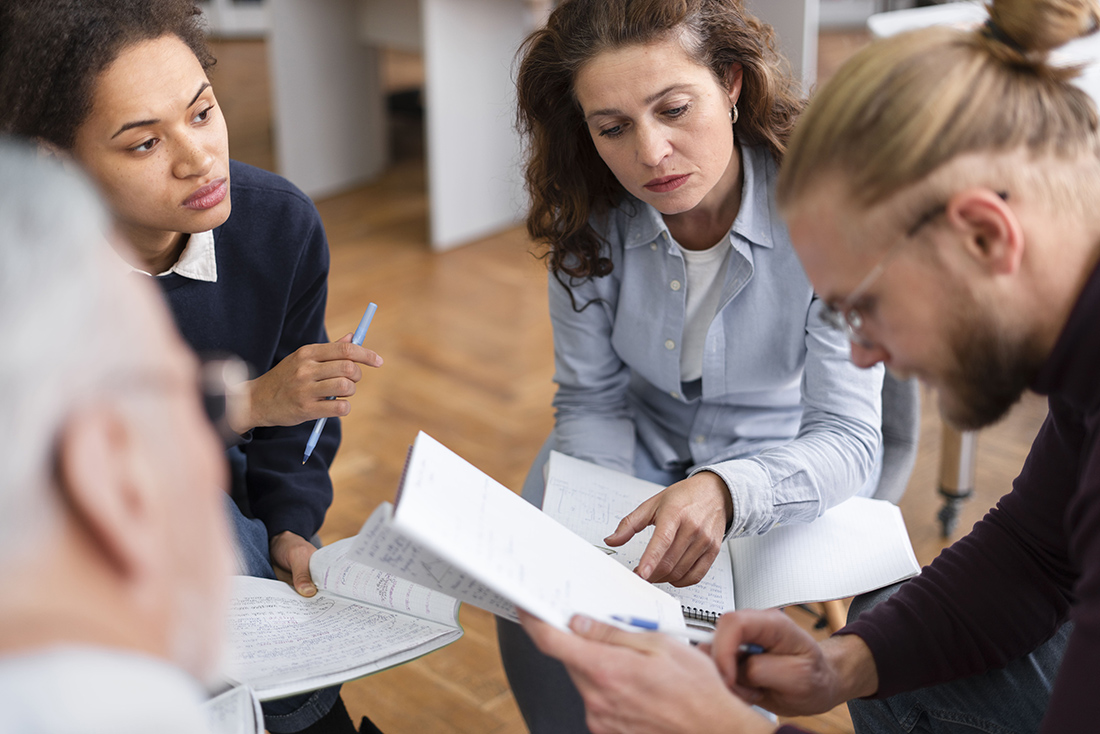